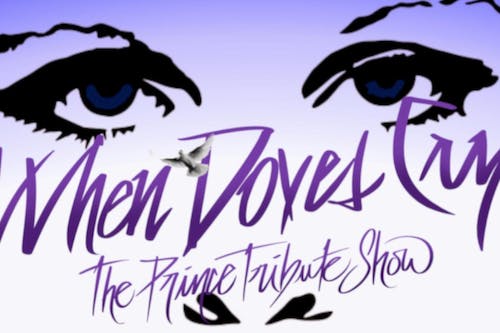 More than just an impersonation, When Doves Cry, the Prince Tribute Show, is a dynamic and multi-talented band that puts the integrity of the music Prince left us above all else.

Formed in late 2015 in Sacramento, California, the band taps into the heart of Prince's music like no other. We leave it all on stage, every time we perform.

WDC also holds the distinction of being the Only Prince Tribute band in the World to have performed the entire "1999" & "Purple Rain" albums in the same night. WDC also performs all of his greatest hits, as well as many songs other tributes won't touch.

With a songlist of over 100 Prince songs (and growing), we can guarantee there's something in our show for both the casual and the die hard Prince fans.

We're proud to bring a live Prince Tribute show that will take you through the illustrious career of one of the most prolific songwriters and performers that we will ever know.

If you love Prince's music, this is a must see show.