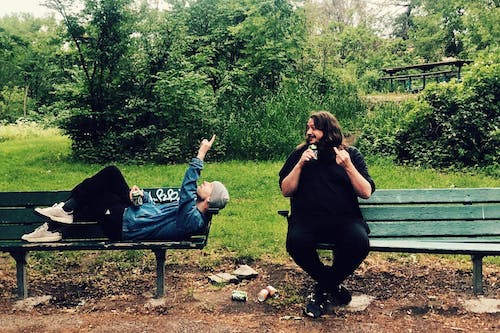 The Radio Dept. performance at Great American Music Hall on May 10, 2020 is cancelled. Your order will be automatically refunded within 14 business days.

The Radio Dept. was formed in Malmö, Sweden in 2001 by Johan Duncanson and Martin Carlberg. Out of a great review in the music magazine Sonic (2002) they gained interest from the label Labrador. After a few EPs, the band’s debut album Lesser Matters was released in January 2003 to much critical acclaim. When re-released by XL Recordings the band started to reach audiences internationally. All three singles from the album were featured on the “Single of the Week” page in NME. The group enjoyed a more widespread recognition after three tracks (“Pulling Our Weight,” “I Don’t Like It Like This” and “Keen on Boys”) were included on the soundtrack for Sofia Coppola’s feature film Marie Antoinette. In 2006, Pet Grief was released and in 2010, Clinging to a Scheme. A lot of international touring followed as well as a compilation of A and B-sides Passive Aggressive in 2011. While writing on their fourth and final album under their deal with Labrador, the band got caught up in a legal battle with Labrador, which in distress ultimately made the band scrap the album they were working on. After starting over, Running Out of Love was finally released in 2016. The band left Labrador and decided to find a setup where they were in complete control of their releases. This resulted in forming the label Just So! in 2017. The band’s studio work is an ongoing, continuous process which since the birth of Just So! have resulted in a couple of new singles.