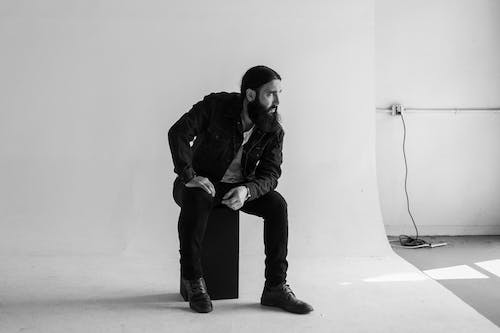 Nashville-based, independent artist, Ron Pope, has stood at a crossroads where so many musicians find themselves — at the intersection of record label and independence. In an ever- evolving industry filled with rejection and compromise, he has plotted a new course for his music to reach loyal listeners, taking the industry-road-less-traveled in exchange for the ultimate payback, a league of devoted fans the world over.

Pope has made a name for himself in the music industry over the years as one of the top grossing independent acts on the scene today. On the sales front, he has sold over 2 million singles to date, averages 15 million spins a month on Pandora, and his songs have been streamed over 120 million times. His songs have been featured on NBC’s “The Voice,” CW’s “Vampire Diaries” and “90210” and multiple seasons of FOX’s “So You Think You Can Dance,” which sent two of his albums into the top 100 on iTunes simultaneously. He was recently honored by premier digital music distributor TuneCore for being one of the top-selling independent artists using their service.

Pope's fifth studio album, Calling Off the Dogs, found the passionate songwriter expanding upon his rootsy sound with a set of atmospheric, moody songs. The album follows up Pope's last two albums, 2012's Atlanta and Monster. Ostensibly a concept album, Calling Off the Dogs found Pope investigating the twists and turns of one couple's relationship, from when they first meet and fall in love to when they finally say goodbye. He spent the better part of 2014 touring the album across the US, UK, & Australia.

Not one for taking a break, Pope found himself writing and recording his upcoming album, Ron Pope & The Nighthawks (release date January 8, 2016) while still on tour in 2014. Pope gathered his favorite Brooklyn-based musicians (Paul Hammer, Alex Foote, Andrew Pertes, Alex Brumel, Alan Markley, & Michael Riddleberger) and they were all instrumental in the creation of each song. Pope and his new band started their journey at a lake house in Blue Ridge, GA where they took songs from concept to completion. They then took the tunes directly out onto the road and played most of them in front of a live audience - all while recording the process. “This is me going back to the roots of what made me a songwriter...I was trying to blow my own mind with the last album (Calling Off The Dogs); this time I'm trying to soothe it. I want to take those songs out on the road and get them dirty, sharing them with the fans while they are still fresh and brand new rather than incubating them in a sterile environment for a long time"