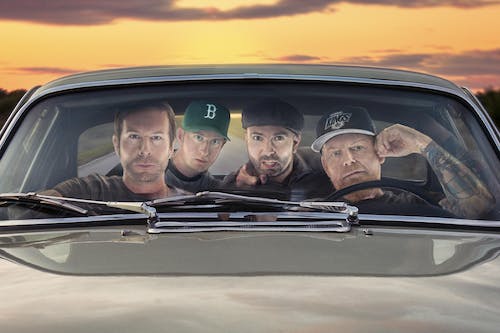 There’s no point in denying it: It’s been a long time since Millencolin have made a new album. Seven years, in fact. The Swedish skate-punk quartet’s last effort, the peppy Machine 15, kept them on the road playing to hundreds of thousands of diehard fans across the globe, as was its intention. But guitarist Mathias Färm says there was another reason for the time lapse. “We felt that it was important to have something really good to offer in terms of a new album,” he admits.

And one listen to True Brew will tell you that Millencolin are back, they’re as strong as they’ve been in a decade or more and they’ve never lost that fire. “We tried to explore the ‘essence’ of Millencolin, what made us what we are and what influenced us when we grew up,” says Färm about True Brew’s writing process. “Since we started the band we have tried with every new record to explore new ground,” agrees Sarcevic. “If the other albums were going further away from where we once were, this one is digging deeper right down in the core of the kind of punk rock the once got us started.”