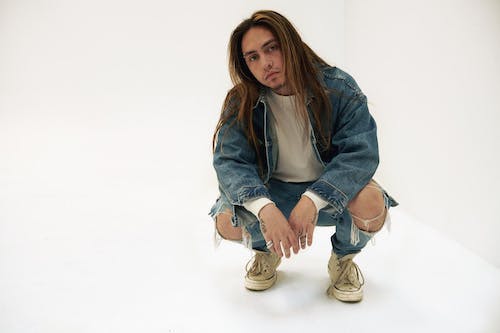 A rapper, singer, songwriter, and producer from Maryland, Landon Cube is known for making hip-hop with a dreamy atmosphere.

After recording his first YouTube videos with just his voice and an acoustic guitar in 2013, he shared a series of more heavily produced covers and original songs in 2016. A year later, he was featured on rapper Lil Skies' Billboard-charting singles "Nowadays" and "Red Roses."

Landon Cube began posting YouTube videos of his acoustic guitar covers as a 15-year-old in 2013. Over the next few years, while finishing high school, he built up his home studio and worked on writing his own songs. By 2016, he was uploading enhanced electric guitar covers of Frank Ocean, Major Lazer, and Justin Bieber as well as premiering his own melodic pop songs, including early tracks "Euphoria" and "Victims." He began incorporating more hip-hop beats and rapping into his songs by 2017, while also settling into a hazy production style on songs like "beachtown" and "Drive My Car." That same year, he was featured on the tracks "Nowadays" and "Red Roses" from rapper Lil Skies' Top Ten R&B/hip-hop album Life of a Dark Rose. Both singles landed on the Hot 100.