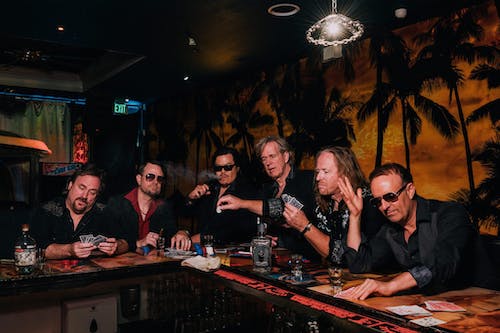 Haulin' Oats: A Tribute to Daryl Hall and John Oates

iCal
Google
with Haulin Oats: A Tribute to Daryl Hall and John Oates

What do people want when they go see a live band? The members of SF Bay Area based tribute band ILLEAGLES believe that everyone in the crowd wants to be engaged and captivated from the first note until the show is done. Over the past year and a half of sold out performances, that is exactly what every crowd has gotten.

ILLEAGLES was founded in late 2016 when 6 friends came together who all had 2 things in common: 1) they loved the music of the Eagles, and 2) each member was an amazing musician in their own right. This common vision led to hours and hours of studying, rehearsing, and mastering each of the Eagles classic hits.

From rockers Life in the Fast Lane and Heartache Tonight, to swooning ballads Desperado and Best of My Love, ILLEAGLES not only reproduce the soaring guitars, multi-part harmonies and tightness of the original band, but also add their own brand of swagger and energy that keeps fans coming back over and over. It’s commonplace for a majority of the audience to start singing along on the first song, and continuing to sing until the show is over (or they lose their voices).