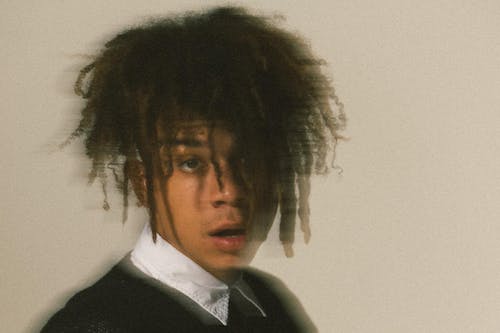 Within a little over a month of dropping his debut single “Cutthroat,” Texas rapper iann dior amassed more than 13 million streams on SoundCloud, gaining major buzz for his moody and melodic brand of lo-fi hip-hop. Winning praise from influencers like Cole Bennett and FaZe Banks, the 19-year-old artist arrived at his explosive breakthrough through sheer force of talent—an undeniable instinct for merging emotionally charged lyrics with his smooth flow and addictive hooks, all packaged in hypnotic production from heavy-hitters like Nick Mira (Juice WRLD, XXXTentacion).

iann’s rapid rise on Soundcloud brought him to the attention of 10K Projects, one of the most successful new independent labels in the business, who immediately signed him to a deal. As he continues to rack up followers on Soundcloud and Instagram, the rapper’s first mixtape, nothings ever good enough is expected to be released on 10K within weeks. No one would argue that iann’s emergence onto the music scene is nothing short of phenomenal.

Born in Puerto Rico and raised in Corpus Christi, iann found instant success with the first song he ever attempted to write. “I was in high school and my friends told me to make a song because they knew I was good at writing,” he remembers. Despite his lack of experience, the track earned 10,000 plays in a week, all through word-of-mouth. iann started collaborating with producers like Mira, releasing “Cutthroat” in February 2019 and soon delivered his follow-up single “Emotions”— a heavy-hearted but deeply infectious track that racked up three million plays in just a month.

As iann explains, the same intensity of feeling that sparked “Emotions” fuels all of his songwriting. “‘Emotions’ came from an argument I had with a girl I was tripping over—she told me that everything we’d been through didn’t matter, that it was all in my head and I was too emotional, and that’s what inspired the hook,” he says. “Every time something like that happens in my life, I just go turn it into a song.”

Released in late February, “Romance361” (feat. Pnb Rock) builds a powerful contrast between its shimmery texture and lyrics channeling raw frustration. “361 is the area code for Corpus Christi, and in the song it basically stands for no love,” says iann. “It’s a really toxic place, where everyone hates on each other and nobody wants to see anybody do anything with their lives.” And on tracks like “Molly” (feat. Bernard Jabs), iann brightens the mood with a summer-ready party anthem driven by the duo’s kinetic chemistry. “The first day I met Bernard he said we should make a song together,” iann recalls. “We caught a vibe and the song just came out naturally—it’s just something people can jump to and get lit and have a good time.”

In discussing his process, iann reveals that the dreamy and fluid feel of his music has much to do with his purely instinctive creative approach. “Anytime I hear a beat that I love, it’ll bring out the story I want to tell,” he says. “I’ll start humming the melody and the words will follow that—it’s all just whatever comes out of my head right in the moment.” At the same time, iann’s lyrics mine inspiration from the reflective, narrative-based songwriting of artists like J. Cole. “The whole reason I started making music was J. Cole,” iann points out. “He showed me that I could use songs to tell my own story, just like he uses his songs to tell his story.”

Now at over 72K followers on Instagram, iann has realized that vision with even more impact than he’d ever imagined. “Six months ago, I never would’ve expected things to go up this fast,” he says. “Now I have all these fans I get to talk to and bond with, which is the best feeling in the world. My generation’s really judgmental a lot of the time, but I want my music to help people feel okay with just being themselves—that’s been my whole motivation with this right from day one.”