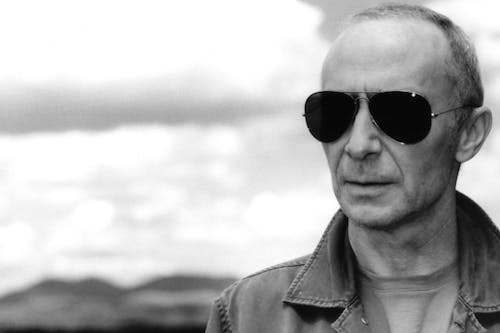 Graham Parker's performance at Great American Music Hall on April 19, 2020 has been cancelled due to coronavirus concerns. Your order will be automatically refunded within 14 business days.

Graham Parker and The Rumour were formed in the summer of 1975 and released their first album, “Howlin’ Wind,” in January 1976 to worldwide critical acclaim. Their second album, “Heat Treatment,” followed six months later, garnering similar critical reaction and propelled Parker to international recognition.

That same year, a 4-track EP, featuring a cover of the Trammps’ “Hold Back The Night,” claimed the band two appearances on Top Of The Pops and gave them a UK top twenty single.

Their third album, “Stick To Me,” (1977) made the UK top 20 and “The Parkerilla,” a three-sided live album, reached #14 in the spring of 1978. “Parkerilla” spawned a hit single with the re-recorded and somewhat discofied version of Howlin’ Wind’s epic “Don’t Ask Me Questions.”

The bands’ classic 1979 release, “Squeezing Out Sparks,” cemented their position as one of Britain’s top live acts and ensured sell out concerts on their seemingly endless world tours. “The Up Escalator” followed in 1980, reaching #11 on the UK charts and sold well throughout the world.

GP and The Rumour disbanded after “Escalator” and Parker went on to forge a solo career that continues to produce powerful work including 1988’s “The Mona Lisa’s Sister,” 1991’s “Struck By Lightning” and the hard rocking “Acid Bubblegum,” released in 1996.

Dozens of compilations are available on a variety of record labels and Parker continues to tour frequently, sometimes with backing musicians but more often as a solo act. In June 2000, Parker released “Carp Fishing On Valium,” a collection of short fiction published by St. Martin’s Press (US) and Simon & Schuster (UK). He composed songs to compliment the stories and took “Carp Fishing On Valium Ñ the Stories, the Songs” on the road in September/October 2000. The book was also published in paperback in May 2001.

Parker’s first four albums plus a collection of lost demos and the fabled “Live at Marbl Arch” were recently re-released by Universal in the U.K.

The powerful and eclectic “Deepcut To Nowhere” was released on August 21st, 2001 on Razor and Tie and was voted one of the ten best albums of the year by Sound And Vision magazine.

In November, 2003, Thunder’s Mouth Press published Parker’s new novel, “The Other Life Of Brian.” (Graham wrote a surreal, comedic novel, “The Great Trouser Mystery” when he was just 21. The book was finally published in the UK in 1980 with illustrations by Willy Smax.) In 2004 Parker released “Your Country” on Chicago’s Bloodshot Records, a rootsy collection that included a cover of Jerry Garcia’s “Sugaree.” His version of this classic was much acclaimed by the songs’ co-writer Robert Hunter and heralded by horror fiction writer Stephen King as the best ever version of the song in “Entertainment Weekly.” “Your Country” was followed in 2005 by the powerful full force rocker “Songs Of No Consequence,” this set backed by Parker’s occasional touring band The Figgs.

In addition to his studio albums and the many live sets and compilations released on traditional record companies, Parker’s website now sells an “official” bootleg, “Yer Cowboy Boot,” featuring the multi-talented Tom Freund. (“Live Cuts From Somewhere,” backed by the Figgs, was the first in the “official bootleg series” but has long since been sold out.)

The professionally recorded “Live Alone: The Bastard Of Belgium!” is on sale but is also very near sold out.

2006 showed no sign of Parker slowing down with the haunting song “2000 Funerals” released as a one-off single only in downloadable form on iTunes and emusic.

New GP tunes are being tried regularly out at his solo shows and a new album can’t be far behind!