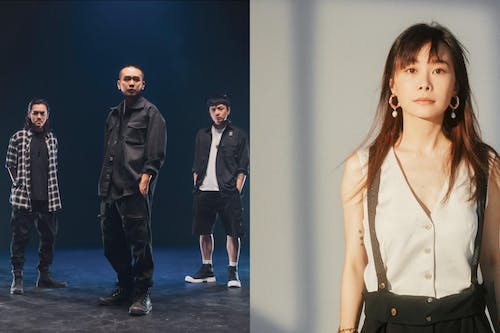 Formed in the southern port city of Kaohsiung, Taiwan’s second largest city, Fire Ex. has gone for two straight decades from strength to strength, politically charged anthem after another. Known as much for their social activism as they are for their soaring, anthemic take on the pop punk genre, Fire Ex. band members Sam Yang (vocals, guitar), Orio (guitar), Pipi (bass) and Ke (drums) have since forming in the year 2000 championed causes near and dear to the millennial generation of Taiwanese.

Over the course of their five full-length albums, the band has never shied from themes on both personal and political issues. When the Sunflower Movement kicked off in in March of 2014, Fire Ex. penned what would come to be known as the anthem of the tens of thousands of protesters. That anthem, “Island’s Sunrise,” further cemented Fire Ex.’s already unassailable reputation as a “band of the Taiwanese people.” The song, also gained the band an award for “Best Song of the Year” at Golden Melody Awards.

Fast forward to 2019, Fire Ex. released another socio-political power anthem “Stand Up Like a Taiwanese,” taken from the title of the latest album. 2019 was also when Fire Ball Fest, a two-day rock, punk and metal extravaganza festival curated by Fire Ex. took place at Taoyuan International Baseball Stadium, which was well-acclaimed by fans around the world.

Singer/songwriter, actress, author, playwright, screenwriter, any of these could be used to describe Taiwanese songstress Enno Cheng. Hailing from the Eastern Taiwan seaside town of Yilan Enno put her versatility as an artist on full display with her debut album, Neptune, in 2011. With a stripped down, truthful approach, Neptune placed her firmly on the Taiwanese indie music map. Her lyrics, odes to love, the beauty of nature, personal identity, and emotive musings on the alienation of urban life, have endeared her to countless fans.

Since Neptune first introduced Enno Cheng to the world, she has been taking her music from stages to stages at major music festivals both at home and abroad. In 2017, she went back to her solo acoustic routes with her second album under her own name, this one entitled Pluto, keeping with her planetary-themed album titles that serve as the perfect companion to her spacy, ethereal take on raw, acoustic explorations of the human condition.

Following Pluto came 2019’s Dear Uranus, yet another step in her evolution as a singer who can be counted on for her warm, poetic compositions, candid and revealing, laying mind and soul bare for the world to see.