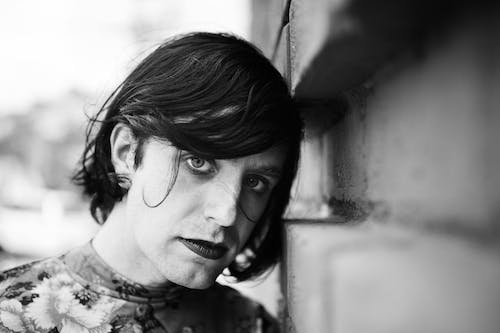 Ezra Furman is pleased to announce his new album, Twelve Nudes, due August 30th via Bella Union. 2018 was a championing year for Furman - since the release of the “layered, baroque pop melodrama” (Billboard) Transangelic Exodus, Furman has garnered immense praise, both for Transangelic Exodus and the soundtrack he created for Netflix’s Sex Education. Twelve Nudes, his new and “spiritually queer” punk record, continues this same wavelength, and is an incendiary and inspiring follow-up. Across the album, Furman channels pent-up energy, distinguished by sharp, lacerating observations, confessions and proclamations.

Twelve Nudes was recorded quickly in Oakland in Fall 2018 and was mixed by venerated producer John Congleton (Sharon Van Etten, St. Vincent). The result is an album that is less stereotypical punk than raw, raucous rock’n’roll.

“This is our punk record,” says Ezra Furman. “We made it in Oakland, quickly. We drank and smoked. Then we made the loud parts louder. I hurt my voice screaming. This was back in 2018, when things were bad in the world. The songs are naked with nothing to hide.”