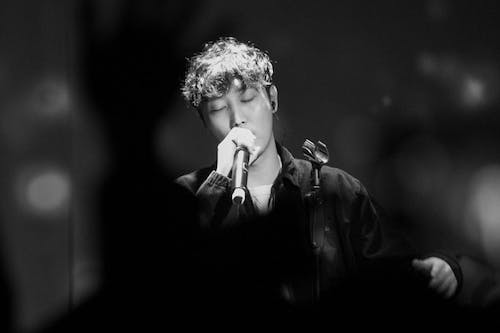 Seoul based Crucial Star is a boundary breaking Korean singer songwriter widely admired among Korean pop fans. After performing for over 10 years now, Crucial Star is finally making his way to the United States for his first shows on American soil brought to you by Goldenvoice & LiveNation with support from slchld & Late Lee.

Park Se-yoon (Hangul: 박세윤), more commonly known as Crucial Star, is a South Korean rapper, singer-songwriter, and producer currently signed to C-JeS Entertainment. He began his career at the age of 17, as a member of the hip hop group Libra Twins. He made his musical debut at the age of seventeen in the hip hop group Libra Twins. Several years later, he signed with independent hip hop label Soul Company, working under the name Crucial Star. He and label mate Mad Clown collaborated on the digital album Mad Clown VS Crucial Star in 2010. The following year, he released his first EP, A Star Goes Up, and his first full-length album, A Star From The Basement.