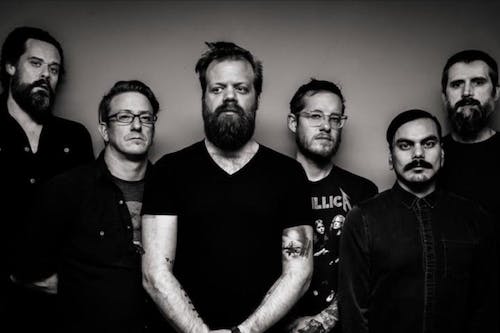 Caspian released their first EP, You Are the Conductor, in late 2005 to widespread acclaim, and was followed by a handful of regional and national tours, culminating in a deal with Dopamine Records, which would then release the group's first full-length endeavor, The Four Trees, in 2007. Their second LP, the critically acclaimed Tertia, saw the light of day in the latter half of 2009, and was followed by a pair of European tours, a North American tour, and even a pair of shows in China. In 2011, the band headed back into the studio to begin work on their third long-player. The resulting Waking Season was produced by Matt Bayles and received glowing praise from both the fans and the press, with Spin magazine going so far as to call it "the Best Post-Rock Album of the Year." The following three years proved to be tumultuous for the group, with the 2013 death of founding bassist Chris Friedrich casting a shadow over their recent success, but Caspian's tenacity ultimately won out, and in 2015 they released their long-awaited fourth studio outing Dust & Disquiet.