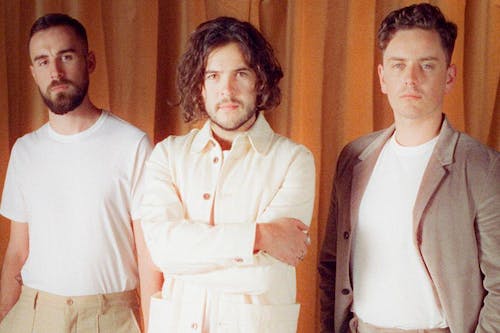 Formed in 2012, the band met at the University of Nottingham and within their first year together self-released their debut ‘Noah’ EP, performing at Reading & Leeds Festival in August 2013. Their first album ‘5AM’, produced by Mike Crossey (Arctic Monkeys, The 1975, Foals, Two Door Cinema Club), broke the UK top 40 in 2015.

The band returned in 2017 with unrivalled passion and a sound to match in their second album ‘For A Moment, I Was Lost’; selling out their headline UK and European tours. Released to wide-spread critical acclaim, their sophomore record is a raw, deeply introspective album with rich electronic textures, moments of expansive beauty and full-blooded raw emotion.