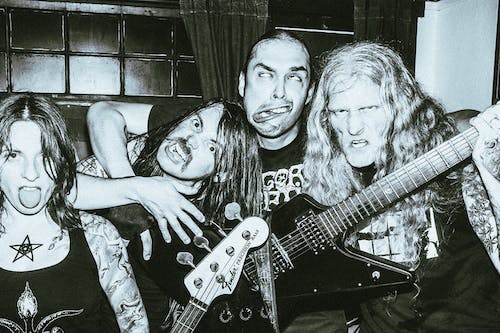 All Hallows Eve with DEATHGRAVE

For Halloween DEATHGRAVE will execute a more animated, gory, and literal version of their already debaucherous antics with help from Scott Brian, The Master of Gore, known for his works with Ghoul and GWAR. Bridgette Stewart will be adding her ghoulish touch to this repulsive production by constructing an over the top stage for murderous grindcore. Multiple cameras and practical effects will lead to a gut wrenching live blood-streaming Halloween event that you will not want to miss!